Amy is a yoga teacher, author, and earth activist. Her caring approach brings ancient wisdom to modern yogis, both on and off the mat. She is known for her genuine style of teaching, intelligent sequencing, compelling and clear instruction, and engaging sense of humor.

When she was 16, her mother asked if she’d like to try yoga for the first time. Amy said yes, and she was hooked! She continued to study yoga with various teachers based in the Sivananda tradition throughout high school and college.

Amy graduated with a B.A. in Studio Art from Oberlin College and spent the first part of her 20’s teaching fitness and self-defense & empowerment training for women, men, and teens. She did this all while working in an eco-boutique in Soho, NYC, and beginning to study yoga with Cyndi Lee.

She graduated from Cyndi’s first yoga teacher training in 1997 and began teaching vinyasa yoga at Soho spas, Crunch Fitness, Equinox Fitness, and at the newly opened OM Yoga Center in New York City. During this time, Amy was part of a number of start-up yoga studios including OM Yoga Center, Laughing Lotus, VIRAYOGA, and Yoga People in Brooklyn, NY. She taught yoga to corporate executives at Bear Stearns, Pfizer, and Atlantic Records, as well as authors, prominent CEOs, and New York & Hollywood celebrities and musicians. She maintained a clientele of private yoga students while leading several teacher training in Manhattan, Long Island, and Brooklyn.

While teaching a floor below the Jivamukti Yoga Center, in the basement of Crunch Fitness, she heard Krishna Das’s voice carrying into the street through the window each night after her class. It was not long before she was a kirtan regular and began touring and recording on occasion with KD. You can find her vocals on his albums, Breath of the Heart, All One, and Rock in a Hard Space.

In 2004 Amy relocated to Boulder, Co from New York. In Boulder, she was better situated to answer invitations for international travel to teach workshops and training worldwide as well as offer teacher training in the Denver and Boulder area. In Boulder, she helped produce and sing vocals for the mantra CD, “Invocation” (2006) with Krishna Das, Manorama, Cat McCarthy, Janaki Kagel, Bill Douglas, James Hoskins, and others. She also recorded vocals for two of Shantala’s chant albums, The Love Window, and Shri in that time. She most recently recorded vocals on Kevin Paris’s album, Turn Me Up.

A pioneer for advanced yoga education, serving both students as well as fellow yoga teachers, in 2012 she co-founded 90Monkeys, an online and in-person professional development school that has enhanced the skills of yoga teachers and studios in 65+ countries around the globe. In 2016 she co-authored the book, The Art, and Business of Teaching Yoga, which has become a staple in yoga teacher training across the globe.

Amy shares her passion for yoga, health, earth conservation, through her writings for Yoga Journal, Organic Life, Prevention, Mantra, Origin, Mind Body Green, prAna Stories, and Elephant Journal. She has appeared on the covers of Yoga Journal and Fit Yoga Magazine and has been featured in Self Magazine, New York Magazine, Allure (Korea), and Newsweek and her underwater images have been featured on the front page of Yahoo.com.

Amy is a faculty member at the 1440 Multi-University, Omega Institute, Esalen, and Kripalu. A regular presenter at the Yoga Journal Conferences, Asia Yoga Conference, Telluride Yoga Festival, Wanderlust Festivals, and The Hanuman Festival. Amy represents prAna clothing and ToeSox as a yoga ambassador.

Can you talk us through a typical 24 hour in the life of Amy Ippoliti?

Mouthwash and tongue scraping (sorry for the TMI!)

Veg out with comedian YouTubes, catch up on the news, or read

You graduated with a B.A in Studio Art at Oberlin College, but how did you get started in yoga?

I actually started yoga before college when I was 16, during high school. My mom saw a yoga class being offered and asked if I wanted to try it together. I said yes, and the rest is history!

You also studied yoga with Cyndi Lee, how did you two connect?

About 10 years into my journey of yoga, I was introduced to Cyndi when I told my current teacher that I felt ready for more of a challenge. She sent me to Cyndi who was teaching an ashtanga vinyasa based practice. It was like no other yoga I had practiced before and challenged I was.

Now in 2012, you co-founded 90Monkeys, which is an online and in-person professional development school that has enhanced the skills of yoga teachers & studios in 65+ countries around the globe, where did the incentive come from?

When I graduated from teacher training it was only two years before I was asked to lead a teacher training (I would not recommend that path to anyone now! But it’s how it went down…). At first my graduates did very well finding jobs, but subsequent graduates were having a hard time with the competition that was growing in the professional world of yoga. This inspired me to try and help yoga teachers thrive and prosper as well as offer their students the best possible yoga classes out there. After studying business, marketing, financial management and more, I developed an online course for yoga teachers which led to co-founding our school, 90 Monkeys, and writing our book, The Art and Business of Teaching Yoga.

What is the best advice you have received recently?

“Nothing is more urgent than sitting still.”  ~ Pico Iyer

Best advice you can give someone?

Know what your core values are, and live by them.

Who do you feel is an inspiration to your life?

If you could travel back in time what would you do again?

Wow, I would probably learn to scuba dive and free dive much sooner so I could have captured more images underwater with marine animals while I was still really young! I’d also lift more weights!

What has been the winning moment of your career trajectory, and did you think at any point that yoga would lead you here?

Being acknowledged as a leader in the yoga community and getting recognized regularly on the street or in the store feels like I’ve reached some sort of pinnacle in my career for sure – but no, I never thought yoga would lead me to this point!  But then again, I know now that if you stick around mentors and teachers who are at the pinnacle of their careers long enough and absorb everything they have to offer, you will get to where they are eventually, and in your own distinct way! Devoted studentship pays off on so many levels.

How are you helping to promote courage and confidence for young women through yoga?

My teacher training are definitely a source of empowerment for young women. Through a deeper connection to yoga and the lifestyle of yoga, young women start to trust their intuition and honour their deepest desires for happiness and fulfillment. Learning to teach yoga builds courage and confidence because it challenges you to speak in front of others in ways that motivate people to feel better about themselves and to articulate your experience of the divine, which is often beyond words.

You are also a regular presenter at the Yoga Journal Conferences, Asia Yoga Conference, Telluride Yoga Festival, Wanderlust Festivals, and The Hanuman Festival, what can we expect from you in 2018?

Yes! I will be at the 4 events this year:

2.The Hanuman Festival in June 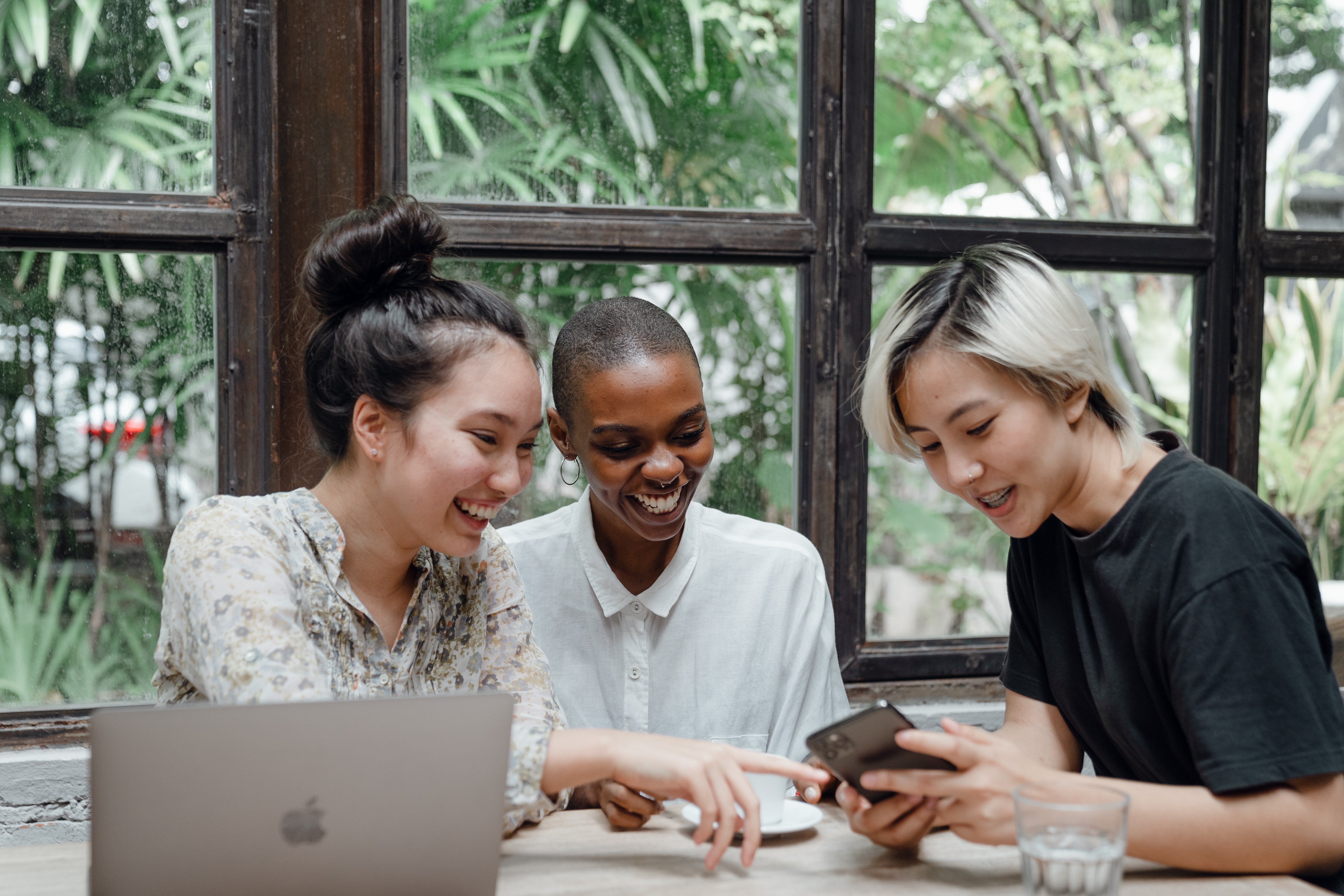 GET FULL ACCESSFor The Women With A Vision

You are just one click away from joining our community of thousands of women on a mission to lead. *63% of our entrepreneurial readership who benefit from the BEYOUROWN subscription are at C-suit level.