The Female Speakers Conference is dedicated to helping shape the dialogue around the critical factors currently at play that keep women speakers from being found and recognised on stage.

Join us for an empowering day focused on the business of speaking and walk away with a better understanding of how to get on larger stages and be handsomely paid for it!

Plus, meet the women setting new standards and inspiring us from stage in innovative ways as we recognise these trailblazers across a diverse array of categories in the second annual Professional Speaker Awards. 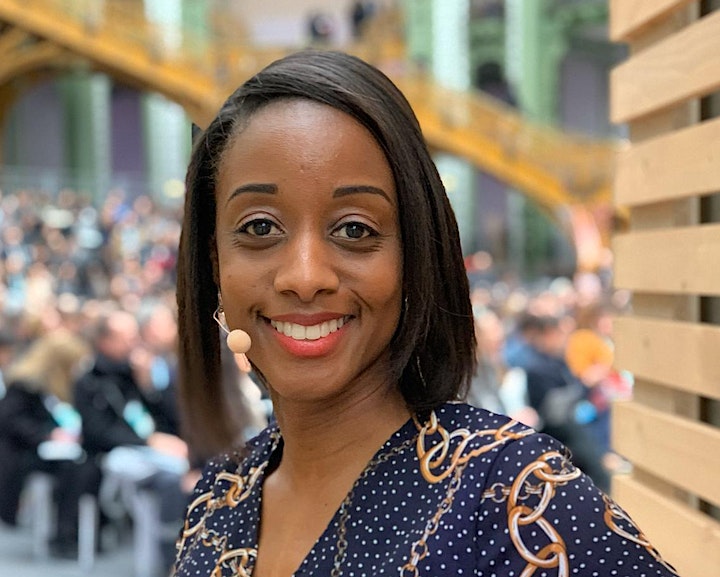 International event MC and Moderator, Lovelda has been speaking and performing on stages since the age of 13. With a background in event creation herself, Lovelda now specialises in MCing and moderating business conferences & summits for organisers who have want to create memorable events. She is a professional, dynamic & versatile MC who is an asset to any event management team.

Throughout her career Lovelda has introduced senior executives from companies such as Time Inc., Telefonica, Vodafone, Twitter & Google to the stage as well as household names such as Rachael Elnaugh (former Dragon on Dragon’s Den) and Monica Lewinsky.

As a former radio host of her own radio show Lovelda has interviewed over 200 entrepreneurs including Rachael Elnaugh (former Dragon on Dragon’s Den), James Eder (Co-founder of Student Beans) and Marjean Holden (Hollywood Actress).

Having travelled since age 3 and lived in Papua New Guinea and the UK, Lovelda is passionate about travel, diversity and business. This unique background allows Lovelda to easily adapt to different situations and ask questions, which challenge the status quo.

She has been featured in Psychologies magazine and appeared as a regular commentator on live global news for Arise TV.

World Cancer Day: 42% Of Employees Want A Better Understanding Of Their Cancer Risk

Renovate Your Home Successfully With These Tips